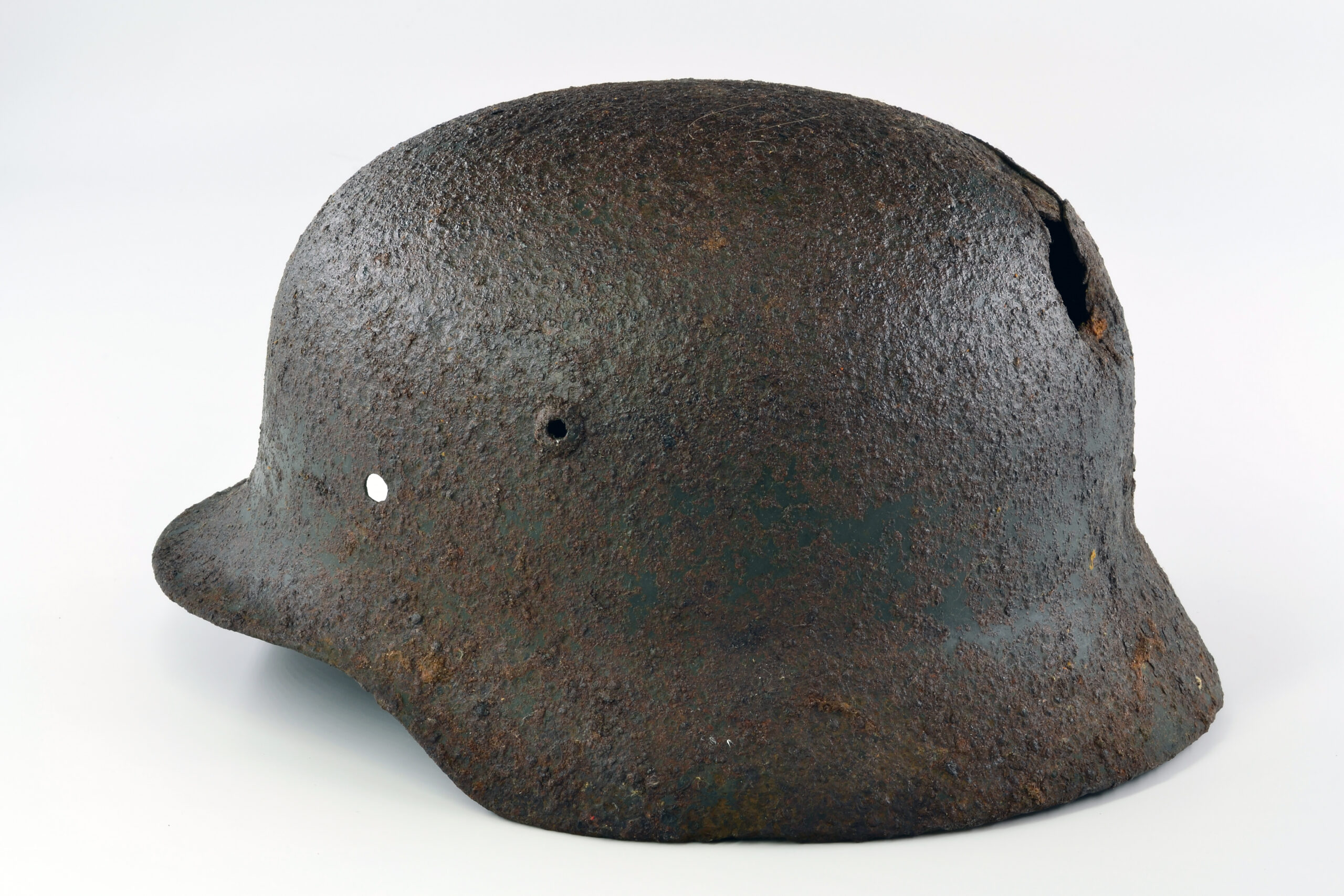 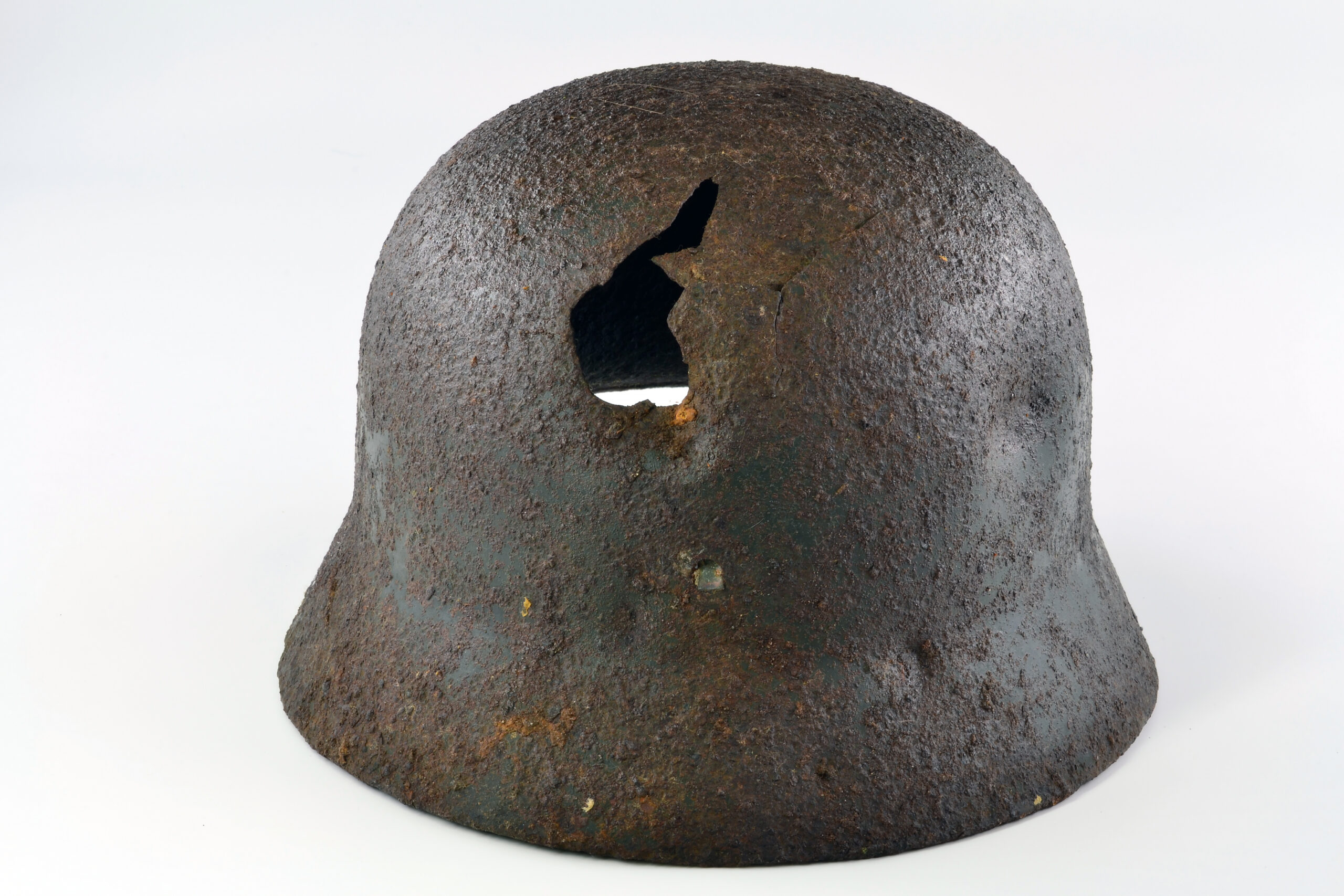 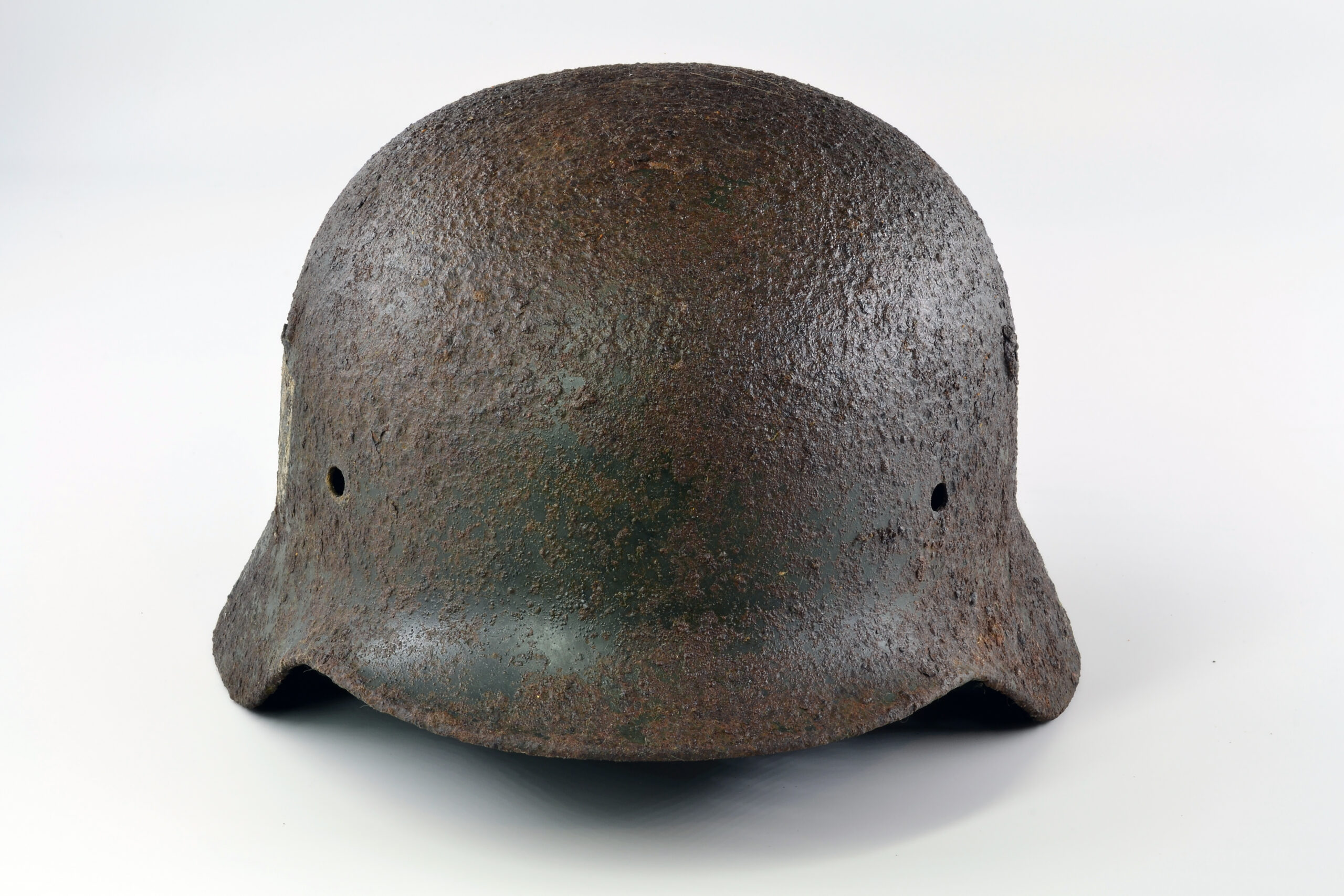 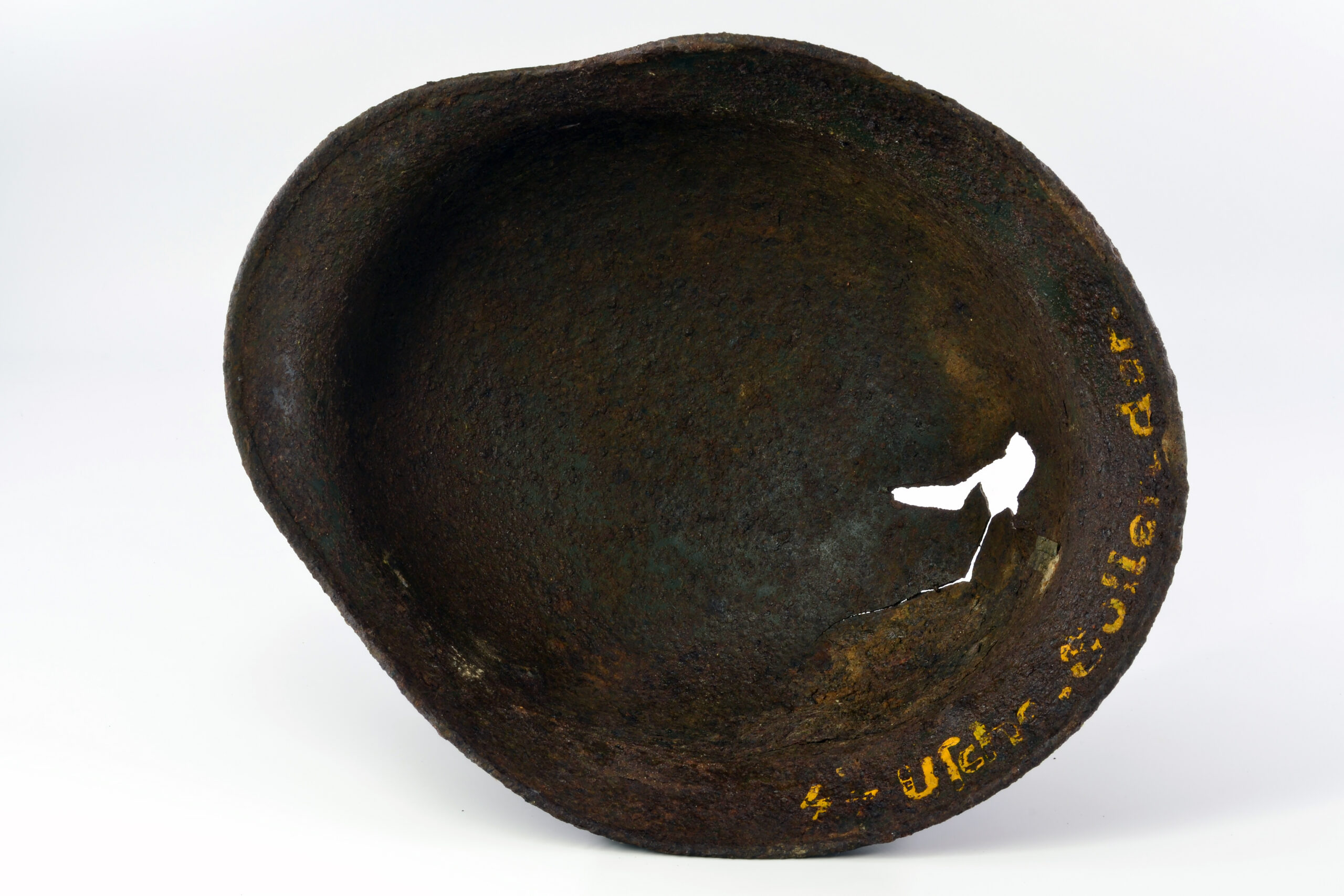 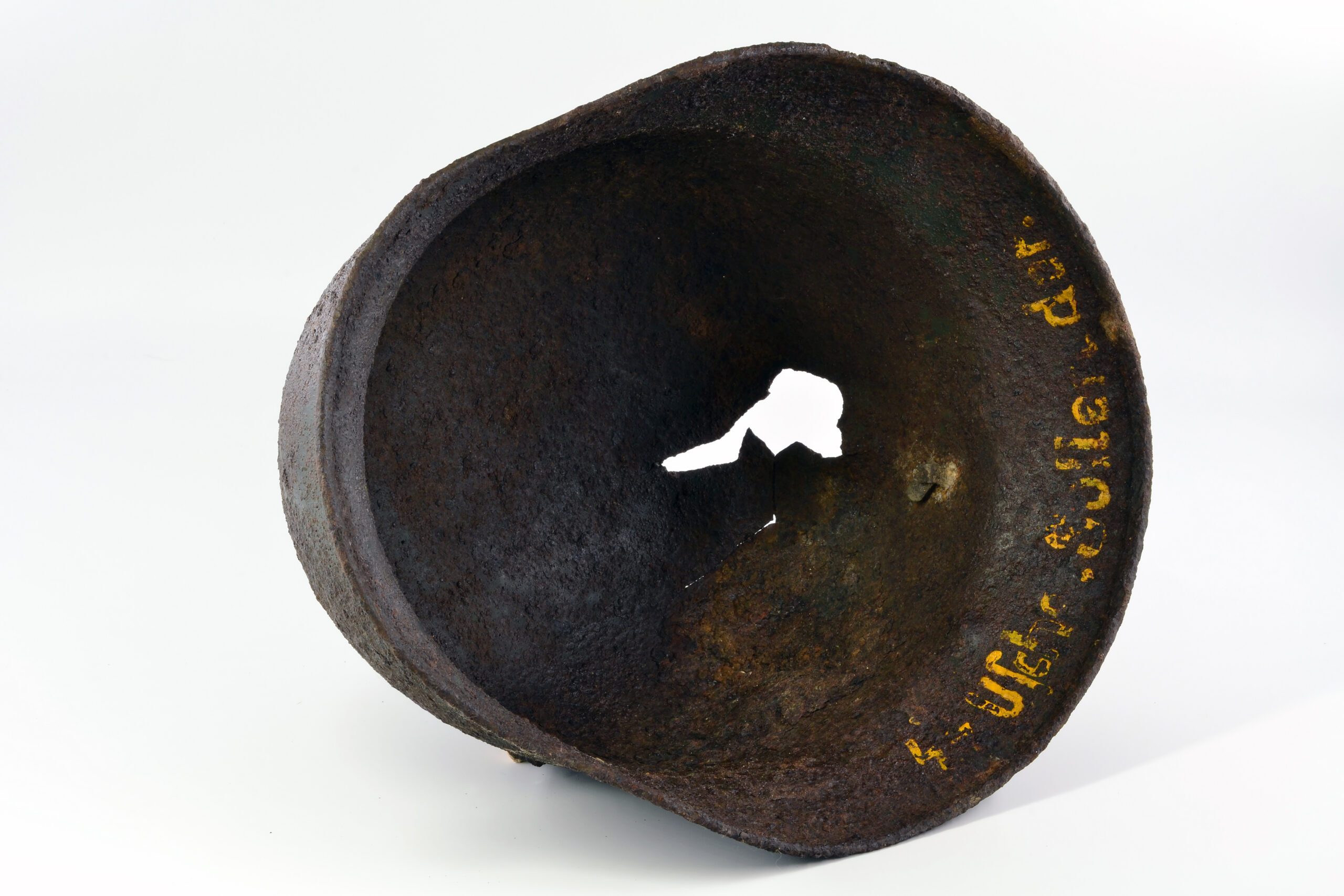 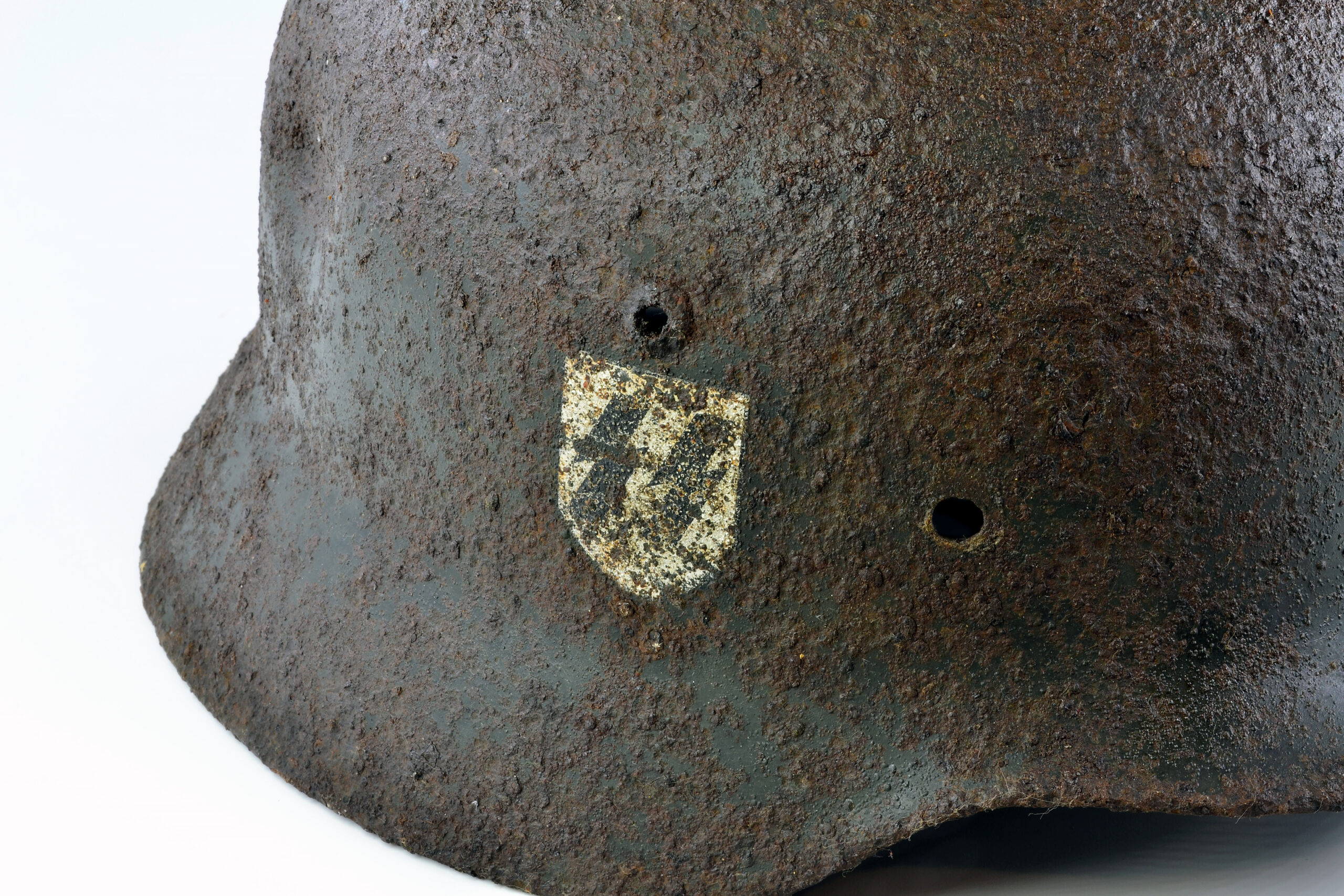 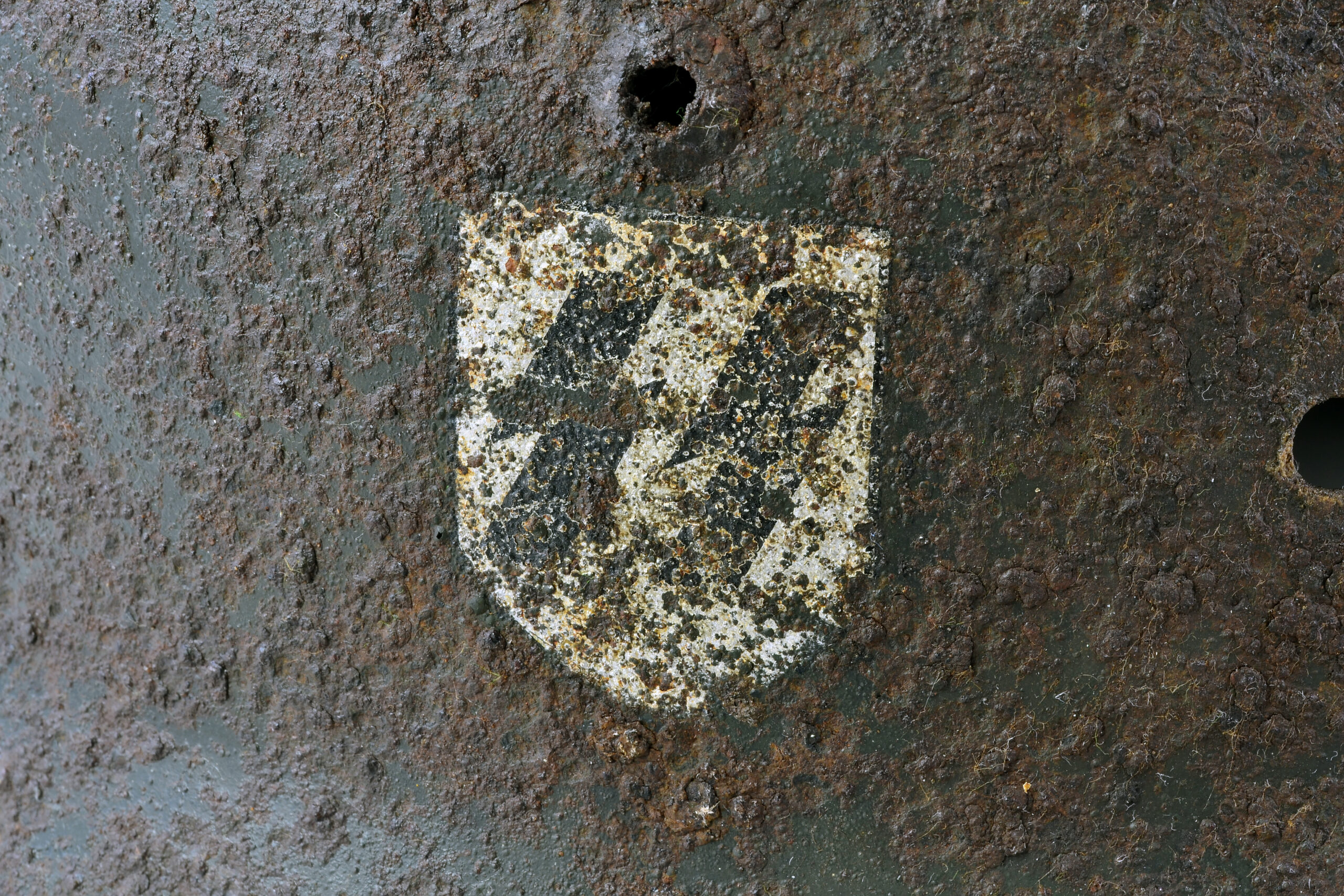 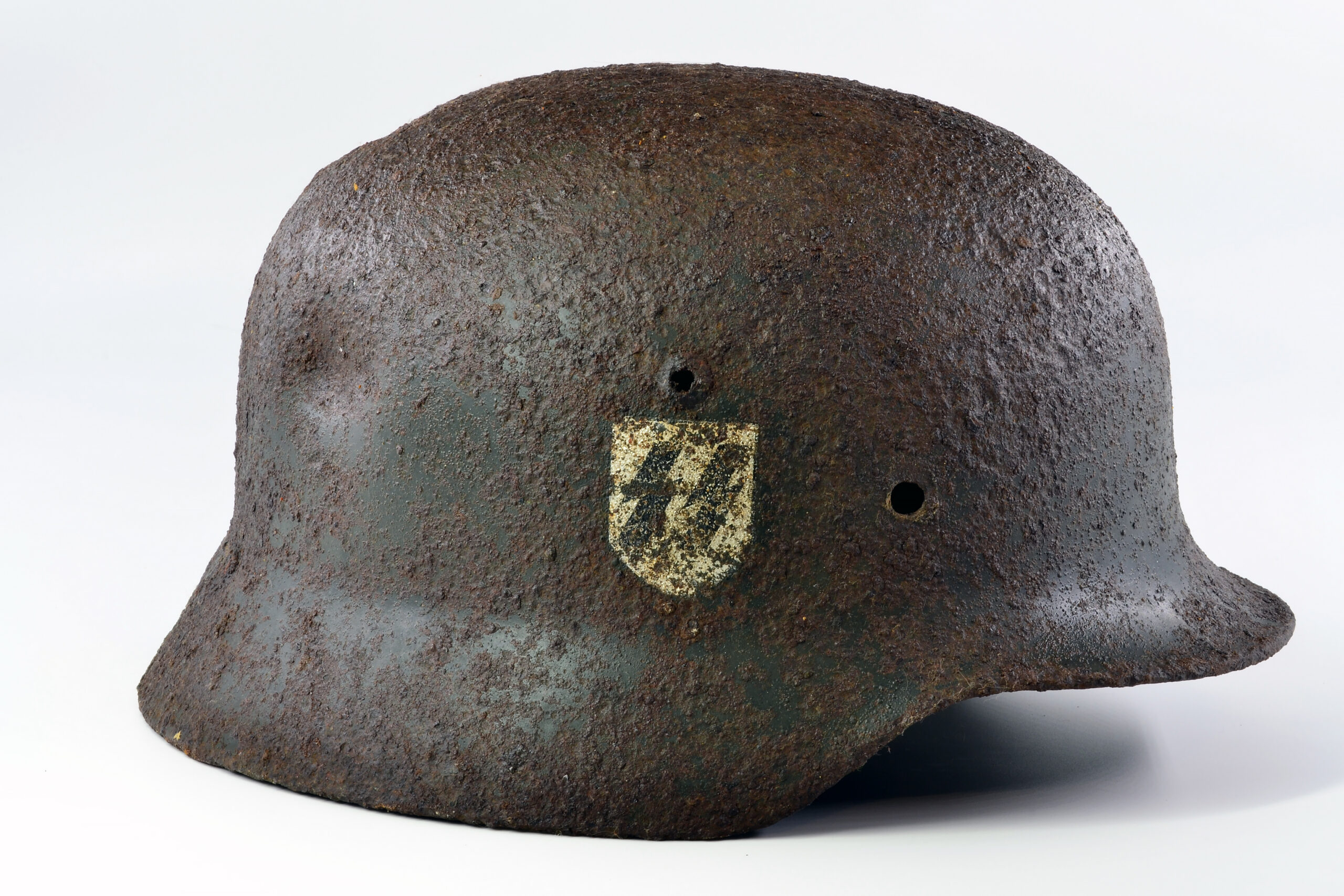 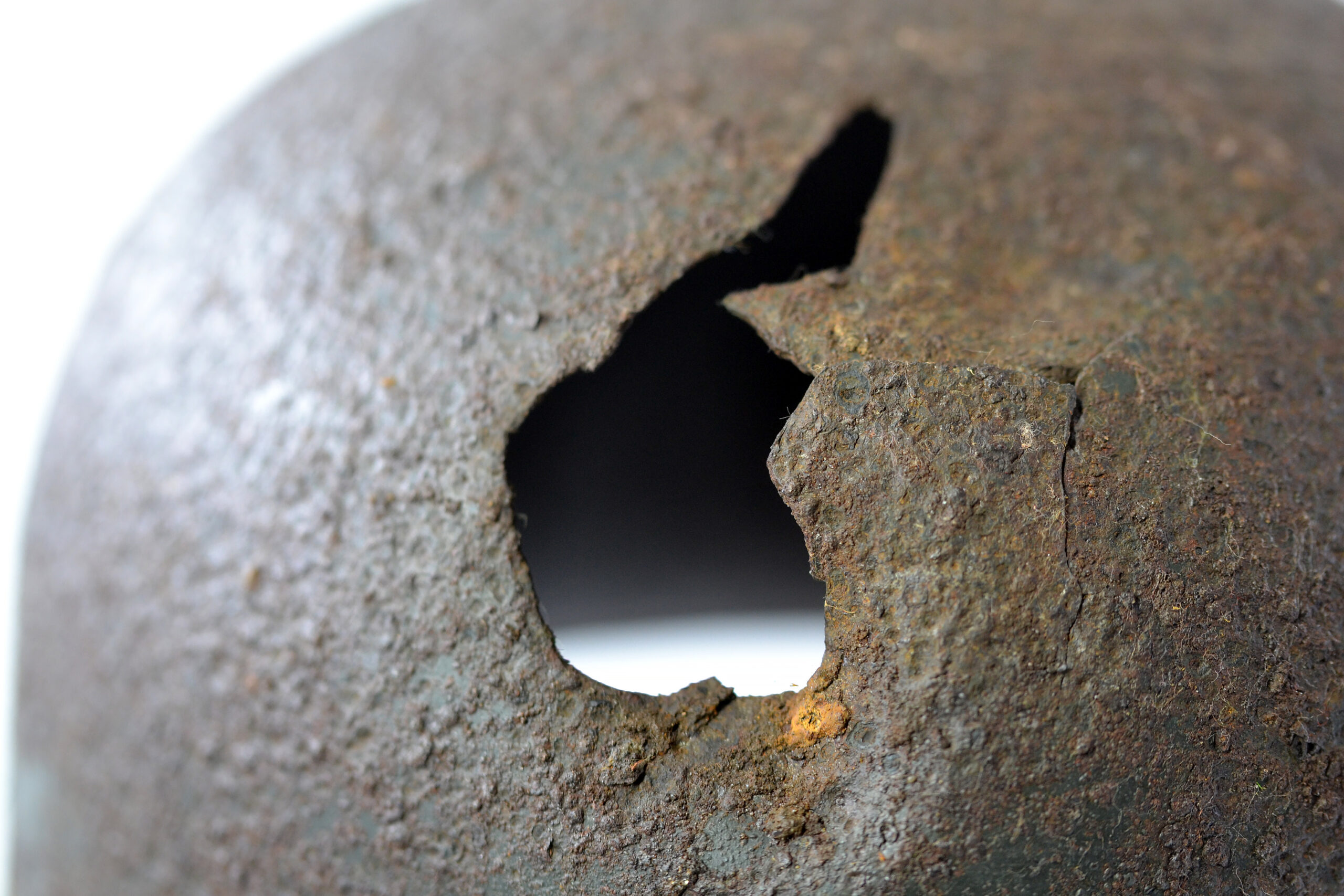 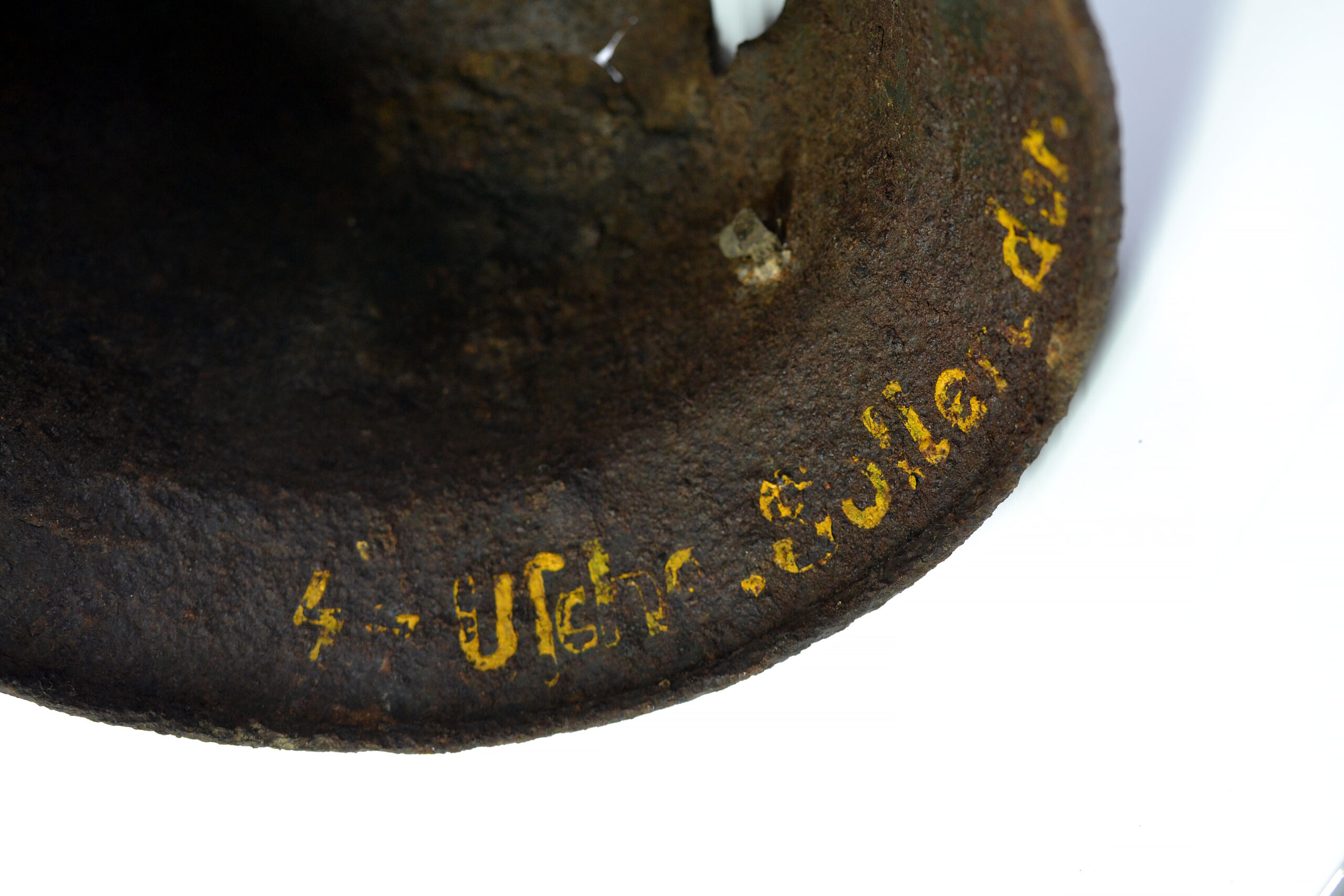 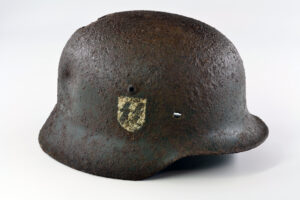 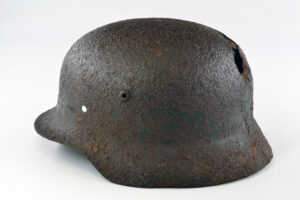 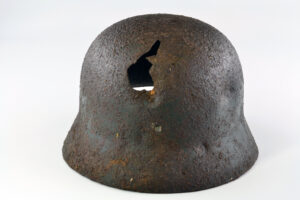 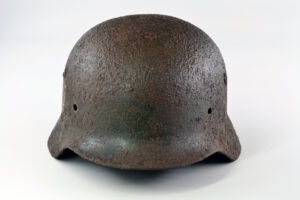 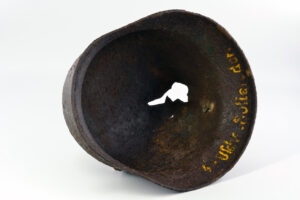 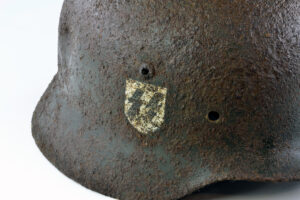 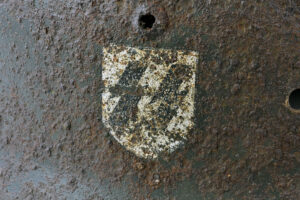 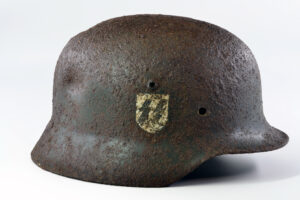 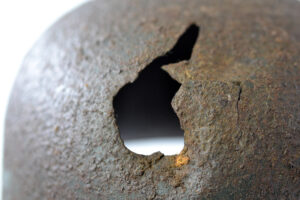 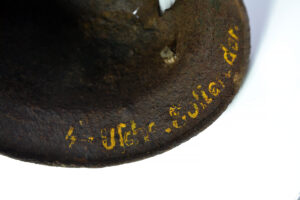 We will call this the holy grail among battlefield-dug helmets. It is a single decal M35 SS helmet, which was found in 2021 on “Das Reich” positions near the village of Okhoche near Kharkov.

The helmet has an extremely well-preserved Pocher decal and is named to SS-Uscha. Sollereder.

In February 1943, this platoon was temporarily attached to the III./SS-Pz.Gren.Rgt. 4 “Der Führer”. On 14 February 1943, the III./”Der Führer” attacked Okhoche, while Sollereder's platoon was giving covering fire on the ground. Because of the Russian counter-fire, the platoon had to change its positions. When Sollereder's Flak gun with the Zugmaschine (pulling machine) was approaching the village of Okhoche on the northern side, it got several hits from Russian anti-tank cannons. First Sollereder's gun was hit, but the crew managed to put out the fire. Then the Zugmaschine got two direct hits and was destroyed completely. As a result of these three hits, one man got killed, while Sollereder and another member of his crew got wounded. It's in this place where Sollereder's battle-damaged helmet was found.

Named helmets are rare to find, but to have one which can be connected to the exact person, place, date, unit, and the battle is truly unique. Absolute museum-quality helmet. 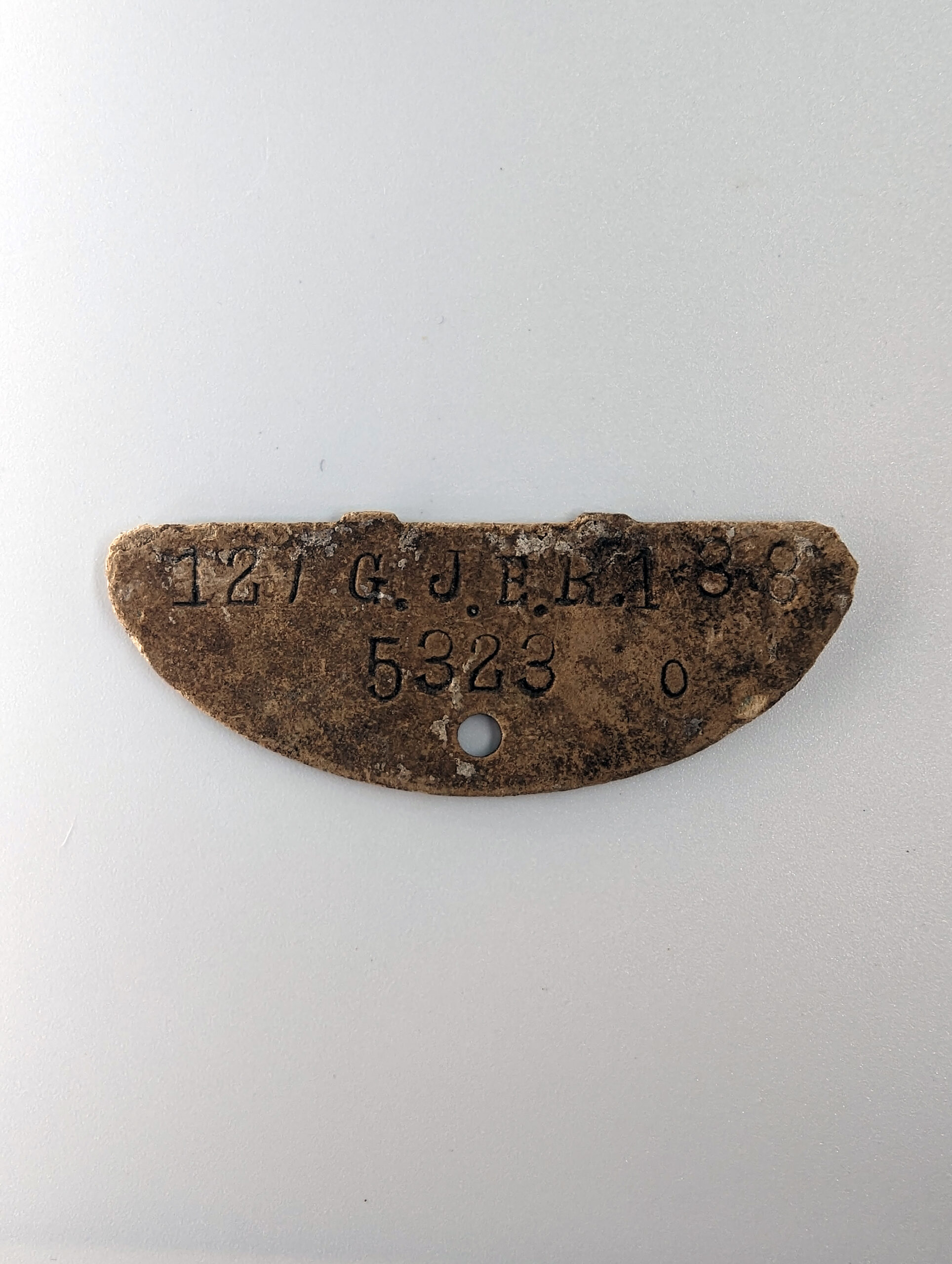 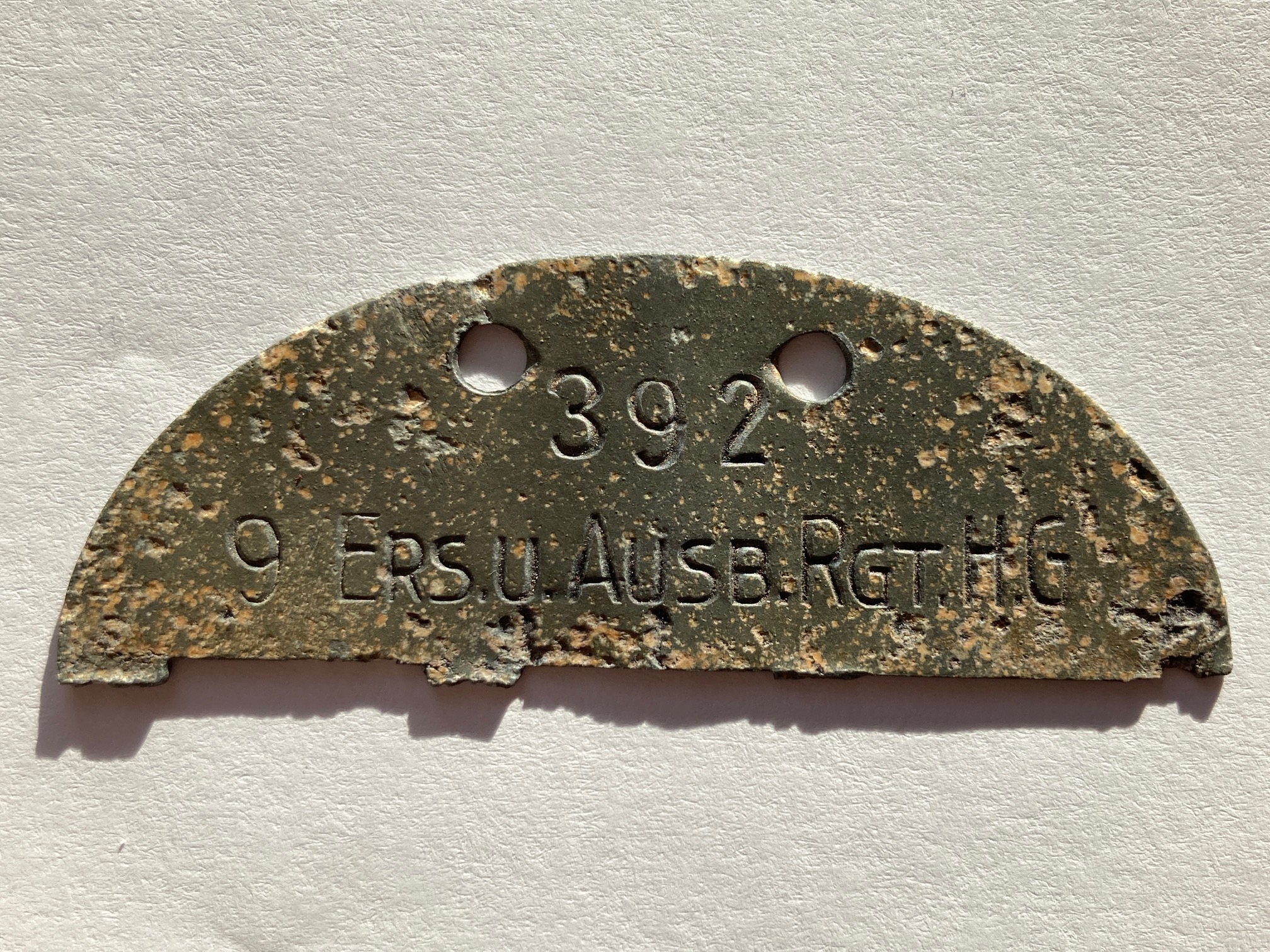 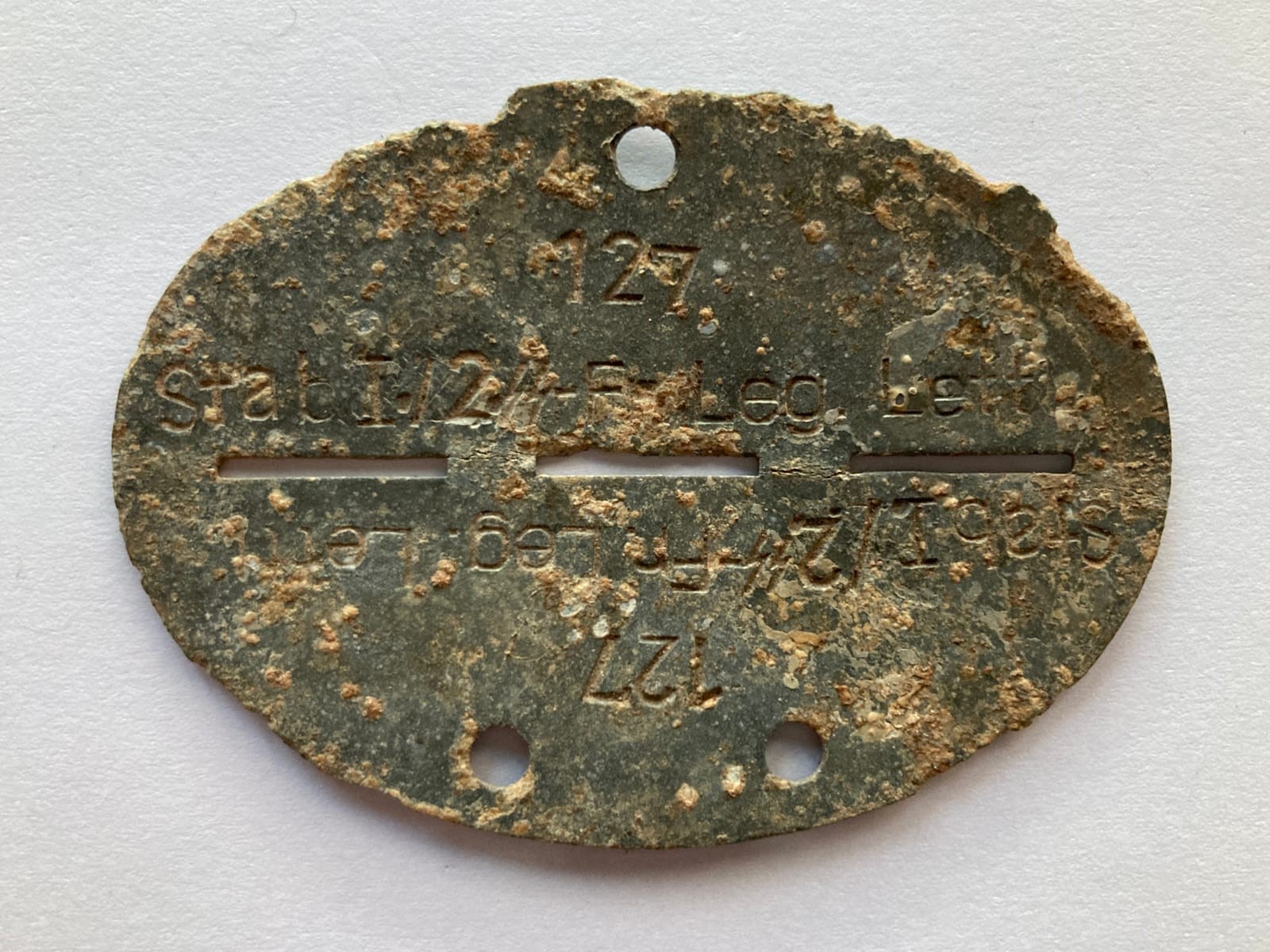 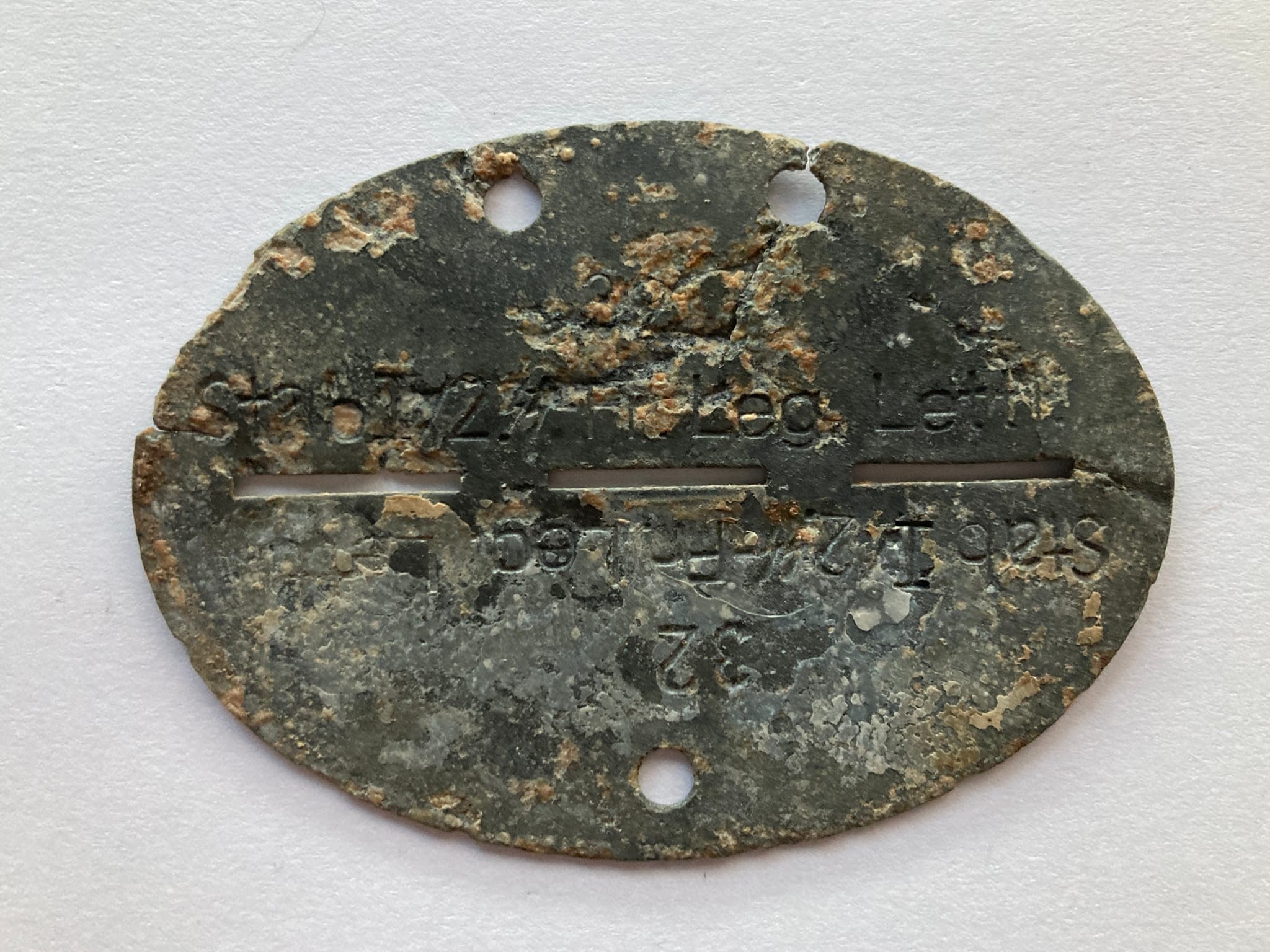 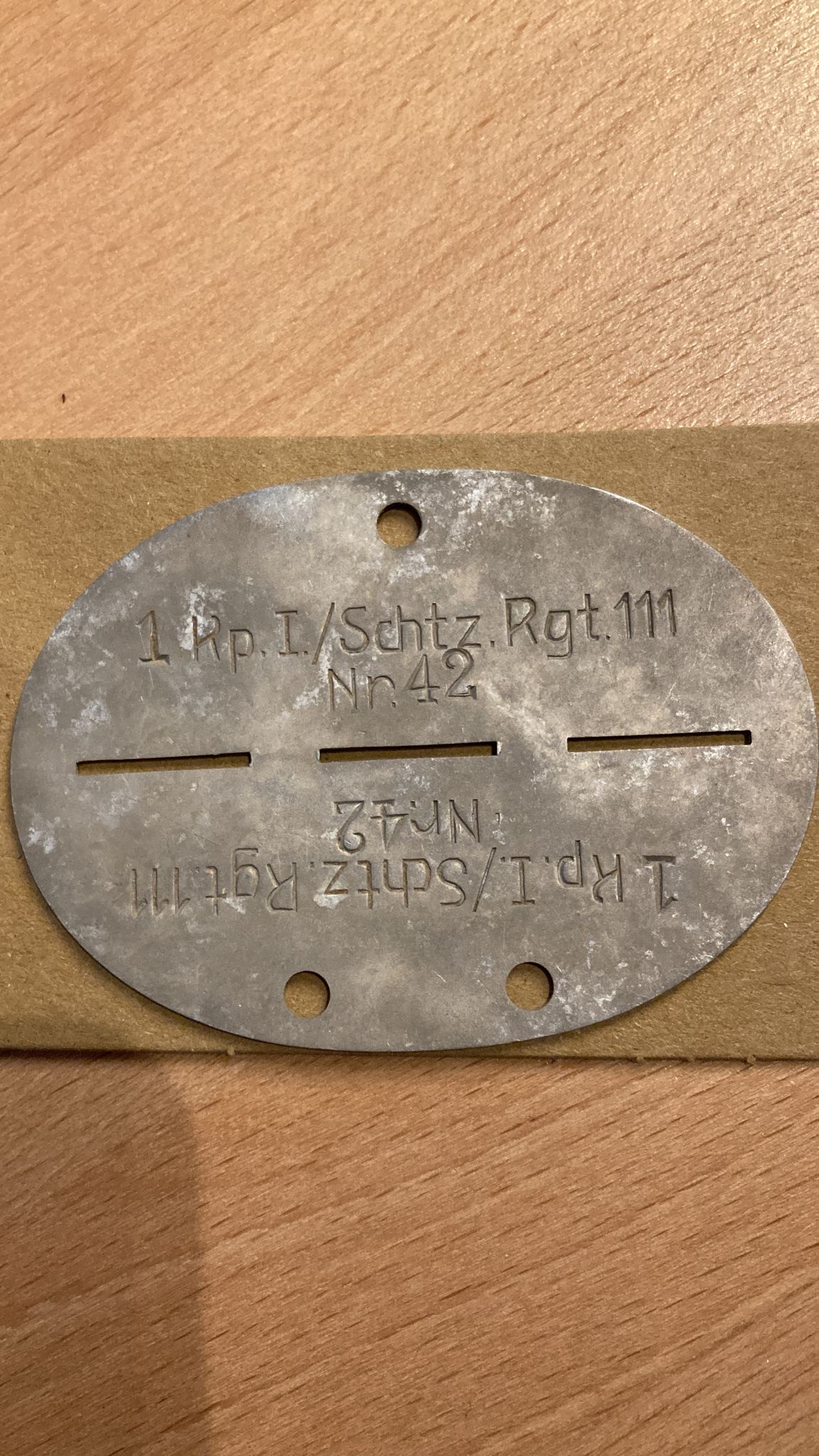